I couldn’t get my SecretHandshake app to work properly today after the OAuth changes I’d made, so I got to go on a bug-finding detective mission. I couldn’t find any code I changed that would make the app suddenly never have its bluetooth delegate methods called, and a lot of error-finding logs that were never called and indicated that nothing was wrong.

I used Git to create a branch of the project from the last version I know for sure works, which I have on TestFlight. I built that and ran it on the device, and it still didn’t work! At first I was frustrated, but then I realized that it meant it wasn’t anything in the code that was the problem after all. If I built it in the XCode6 beta, it wouldn’t ever detect other iBeacons, but if I built it in XCode5, it worked perfectly. Because I can’t build for iOS8 from XCode5, that means that I can’t get it to run on my iPod anymore at all. Hoping it’s a bug in the XCode beta and not some mysterious unannounced change in the OS that breaks iBeacons.

In the afternoon, I got to work laying out the framework for a Bluetooth LE based mobile ad-hoc mesh network using iPhones and CoreBluetooth (a lower level framework than iBeacons that allows me to send longer messages between phones). I built a simple app that lets you input a message and broadcast it to any other phones in range. It was very exciting that it works! I couldn’t get out of range of the phones while in the Hacker School space, so I’m looking forward to testing out whether the hopping is working (the phone that receives the message broadcasts it on to other phones).

I’m interested in pairing with some friends to figure out a network protocol that would work for sending messages between phones and for building the network. To send directed messages instead of broadcast, should there be a “message received” response sent by the phone when it gets there? Perhaps the “message” is modified in some way by each phone with headers indicating the path it successfully took to get to the intended recipient the fastest, which we could store as a way to map the network. I’m also interested in what we had discussed earlier in linking the mesh network to a trusted friend group to allow secure messages to be sent to the people they’re intended for. 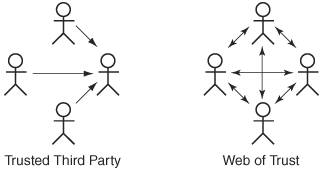 The TorCoin model for route signing by each node is inspiring me with ideas for how each node in a mobile ad hoc mesh network might sign a message such that the network could perhaps get smarter about routing messages without having to broadcast everything to each node. Maybe we could incorporate a little bit of machine learning into the Mesh Messaging app (…meshaging?) to figure out the best routes to try for reaching particular nodes.