I grabbed coffee in the morning with Amy who does iOS development at Etsy, and she gave me some incredibly helpful advice on things to be sure to focus on while I’m at Hacker School. I left feeling excited about an idea from earlier in the batch of setting up an ad-hoc mobile network using iPhones over Bluetooth LE, and am hoping to get to work on implementing version one of that project. She also recommended contributing to a larger open-source project as a good way for someone like me who’s always worked independently on my own apps to get used to working within someone else’s larger code framework, which would be very relevant to doing iOS at a company where many developers are contributing to one project.

After talking through my OAuth handling in the Secret Handshake app with a couple of other Hacker Schoolers, and walking through each step in the OAuth process, I realized that I could handle the entire OAuth verification from within my iOS app, without relying on the external PHP file to request an access token from the server. I rewrote the OAuth handling in the app to use a custom URL scheme that redirects to my app as the Hacker School API redirect, and successfully got everything working. I wrote up an overview of the OAuth process on the app’s GitHub readme page, along with the exact query parameters that are required by the API at each step.

Later I finished up with getting a handle on iOS’s SpriteKit by implementing a Space Invaders game in Swift. I learned how to attach sound effects to actions in the game such as firing a bullet or a collision between two sprites on the screen (like an enemy and a bullet), how to keep score, and how to transition between different scenes in the game. 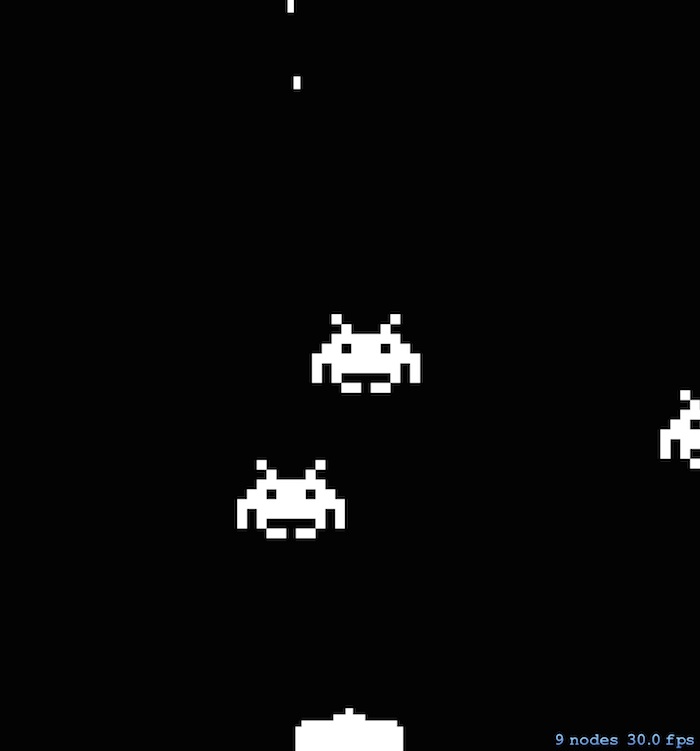 Following the repeated advice of Hacker School alumni, I decided to move on from the Space Invaders game as soon as I felt like I was no longer learning from it. I got a general sense of setting up the game play, but I stopped before making a perfect implementation of every feature in the original game. This is a big change from how I usually work— I feel a huge push to finish and perfect the work that I start, and it feels very strange and pretty luxurious to stop a project when it’s stopped being educational for me, but after refocusing on my goals a bit yesterday I’m impatient to learn new things.

I’ve been having trouble balancing two different ways of taking full advantage of my time at Hacker School. One is that I love being around so many smart, energetic peers who I can learn from and work with, and I have such a short period of time here to have access to that. I love the energy I get from talking to other Hacker Schoolers about code and projects, and there is so much that I’ve learned so quickly from other people here both through casual conversation over coffee and in a more formal study-group setting. I feel a lot of pressure to break out of my slightly more comfortable/habitual zone of coding alone to pair with and talk with other people at Hacker School, and to be involved in group projects that are happening around me.

This, combined with an impulse to grab hold of any kind of formalized workshop-style learning that’s happening around me due to the reassurance it gives that I’m for sure learning/accomplishing something if I participate in those, keeps leading me to participate in more formal talks/workshops that are happening in the space. It seems to reinforce my fear of missing out on learning whenever I see a group of Hacker Schoolers working through something in Hopper (the large group-work room) and I’m not participating. It feels like skipping class. 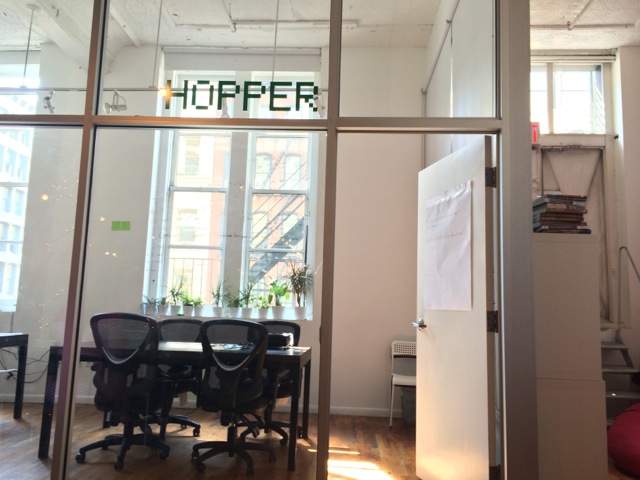 Then I go to a bunch of workshops, and sometimes they’re amazingly helpful and right in line with what my learning goals are here. And I think, I should go to more of these! But, other times, I realize a few minutes in that the workshop’s focus is not furthering my goals, and I get frustrated at missing out on what could have been coding time, which feels so limited already as my time at Hacker School is flying by.

So, I think I need to just be more aware of the pitfalls of participating in something just because I feel like I “should”, and do a check with myself before I sign up for things during Hacker School hours to make sure they line up well with what I’m already working on and interested in here.